Coming to HasbroPulse.com in September. 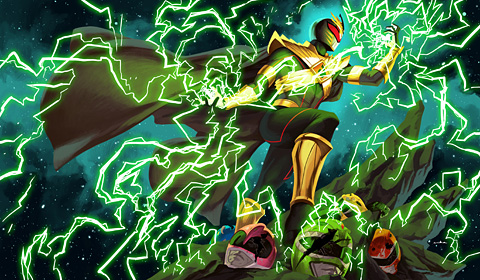 IT’S MORPHIN TIME! From the BEAST MORPHERS back to the original MIGHTY MORPHIN POWER RANGERS, the POWER RANGERS have brought teamwork, action, and adventure to fans. The legacy continues with figures, vehicles, collectibles, and roleplay toys from Hasbro. Imagine all the action of POWER RANGERS with toys from Hasbro! This 6-inch LIGHTNING COLLECTION MIGHTY MORPHIN LORD DRAKKON EVO III Figure features premium paint and decorative details inspired by Boom Comics storyline Shattered Grid, with over 20 points of articulation for high poseability, and comes with damaged Power Ranger helmets, multiple other character-inspired accessories, and blast effect piece for more ways to play or display. The evil Lord Drakkon keeps the helmets of defeated Power Rangers as his trophies, displaying them by his throne to strike fear into the hearts of those who would oppose him. The figure transforms from Evolution to Evolution as he gains more power, eventually becoming a Black Ranger, reflecting Tommy’s final Ranger form as Dino Thunder Black. GO GO POWER RANGERS! Look for more collectibles in the LIGHTNING COLLECTION. Each sold separately. Item will be available exclusively on Hasbro Pulse in the US & Canada in September of this year. 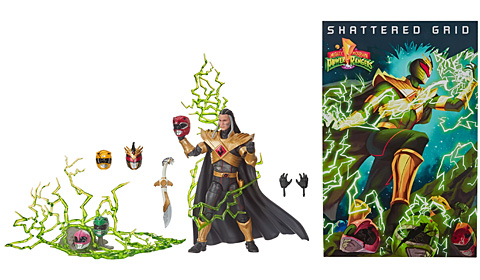